Remembered today CSM John Stanley Dale, aged 32, of the 8th Battalion Gloucestershire Regiment who was killed in action on 4th May 1918, with Captain Ernest Cowper Slade whilst going on his round of the lines. John had served with the army prior to the war and had re-enlisted in September 1914. He was buried shortly after his death alongside Capt Slade near to where they fell at Hallebast, south west of Dickebusch. They were both re-enterred in Klein-Vierstraat British Cemetery, near Ypres, Belgium, in 1919.

John was born at 54 Gill Street, Limehouse, London, on 29th January 1886 and later lived in Broadway and Snowshill, Gloucestershire. On 18th November 1912 he married Caroline Harriet Winifred Burston (1882-1968). At the time of his death his wife and two children were living on Gravel Walk, Tewkesbury. 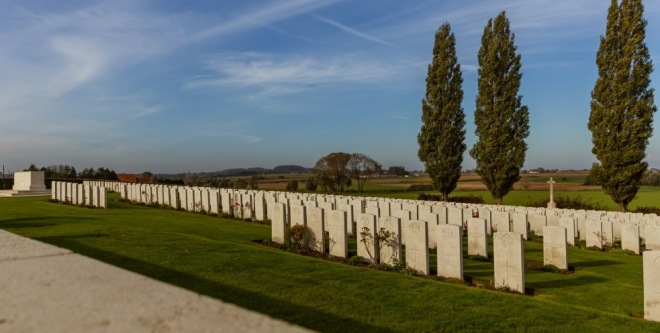